Participated in the Electrical Society B Section @ Tokushima (Yokoyama Lab)

Participated in the Electrical Society B Section @ Tokushima (Yokoyama Lab)
Posted by ae on 10-03-2018 in Blog, Events
0 Comments

Hello everyone.
It is Yokoyama lab.
This time, I would like to report on participating in the electric society B division held at the University of Tokushima the other day.

The B sector tournament is an event related to the power and energy sector.
Approximately 400 articles are announced every year, symposiums and special lectures are held, and people after 1000 names will participate.
(From the Institute of Electrical Engineers’ b department website)

Seven students made presentations from our laboratory.
There are keen questions and discussions on any research,
It became very stimulating. 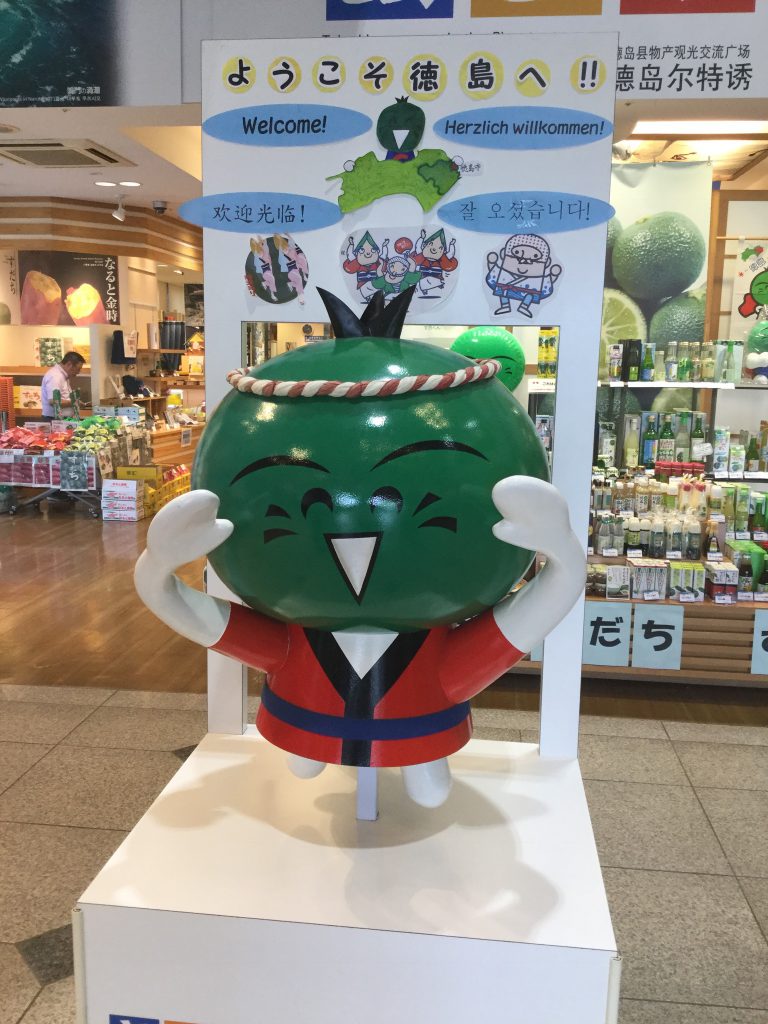 When arriving at Tokushima Airport,
Mascot in Tokushima Prefecture, “Sudoki”
Welcomed me.

Sushi is a specialty product in Tokushima Prefecture,
It is used for various dishes.

How, squeezed a beer to beer
There is something called “sushi beer”
It was very delicious.

Below, for those who do not know Sudoko,
I will extract a profile of Sushi from the official website.

“Sudichi-kun” is a Tōkyōkoku national body held in 1993, as a prefecture’s mascot, since he debuted in front of everyone, he has been active in various scenes and is a popular person in the area where many fans are. In particular, as a “supporters of the creation of Tokushima” to support the efforts of local creation in Tokushima from the year of Heisei 20, since Heisei 28, from the Tokushima unique evangelism missionary “COO (Chief Offer Osettai: It is active as a “reception chief of entertainment provision”).

This motif of “Sudoki-kun” is Tokushima’s special product “Sushi”. Sushi is a refreshing sour taste and refreshing fragrance, and it is a name supportive to complement various dishes. It is used as “being squeezed, grated and rounded” and used as “vitamin” and many others.
(From Sudoki-kun website) 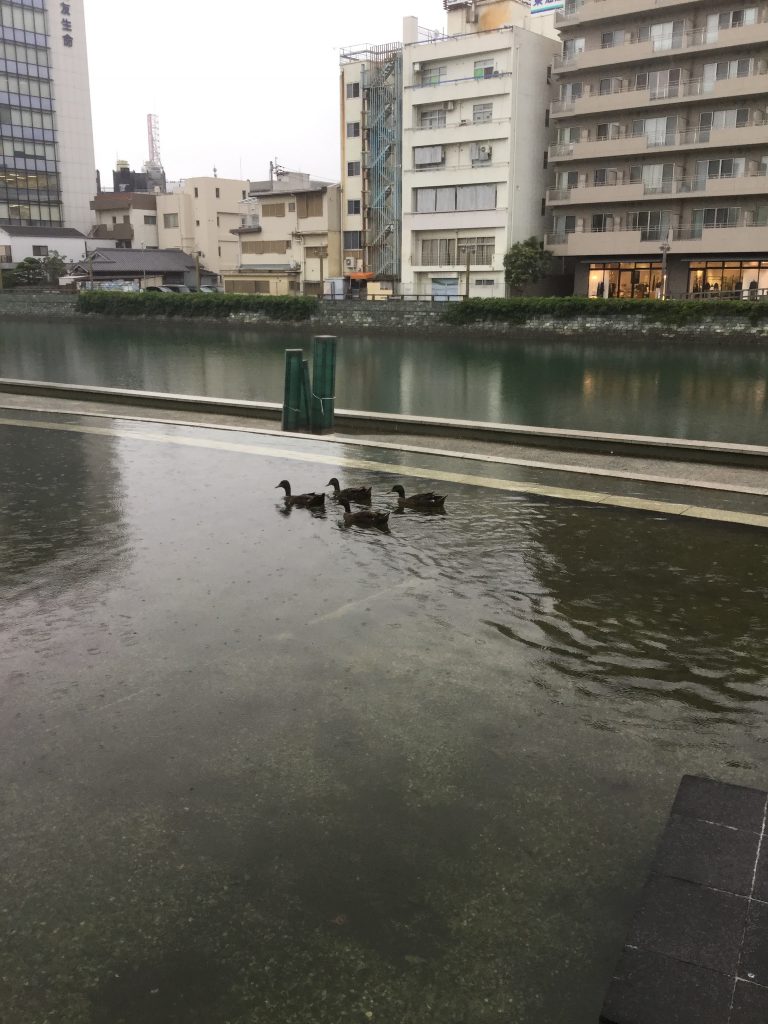 On the way to Tokushima University from the University of Tokushima,
A wild duck (?) Was swimming.
It is very cute.

The University of Tokushima is surrounded by rich nature,
I thought it was a very cozy university. 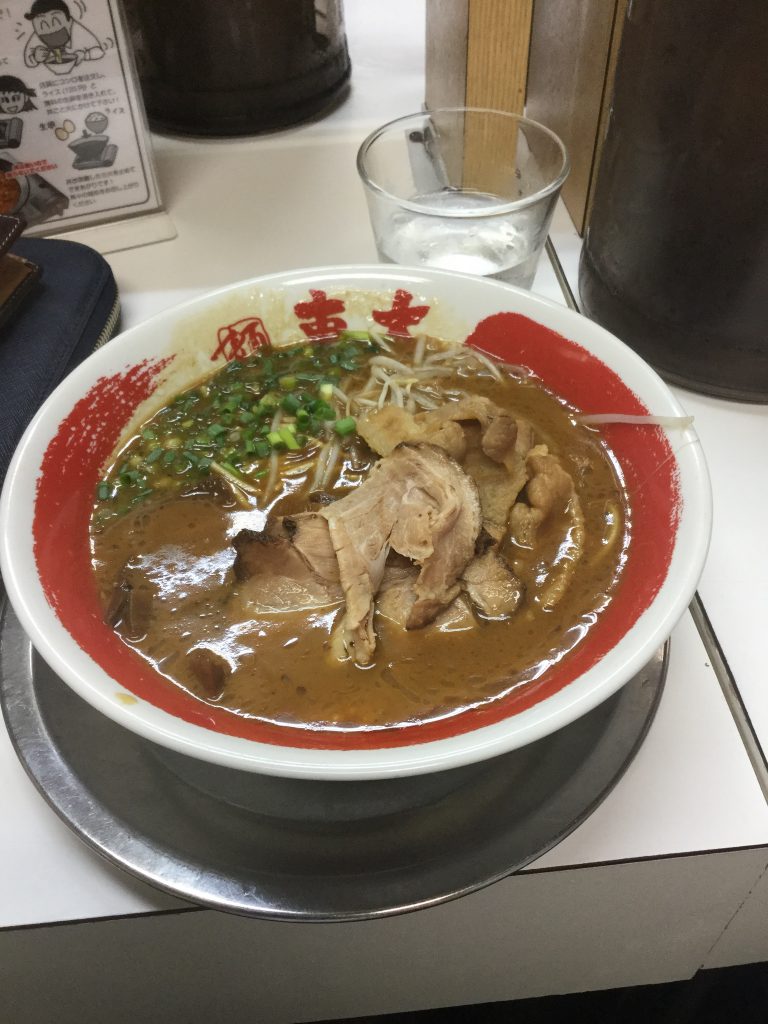 After the conference is over,
Teacher and student local specialty “Tokyo University Ramen”
I went to eat.

Take the universe with ramen,
It is said that he named him “Tokyo University” with a hot feeling.
We also feel tight towards ourselves. 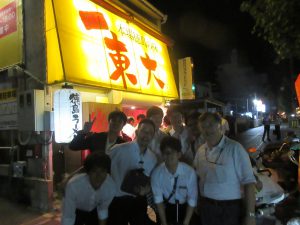 Finally, in front of Tokyo University Ramen
I took a commemorative photo of all participants of the conference.

It was a very delicious ramen,
It seems that the teacher also liked it.

If you come to Tokushima,
I think I will come to eat again.