Associate Professor HIROYUKI Koizumi and Project Assistant Professor JUN Asakawa succeeded in the development of a nanosatellite engine using water propulsion(Picture 1) and its test satellite(Picture 2) oriented for future space transportation infrastructure, with the cooperation of University of Tokyo Edge Capital(UTEC), the project promotor, within the framework of Program for Creating STart-ups from Advanced Research and Technology (START) of Japan Science and Technology Agency, one of National Research and Development Agency. This success will pave the way for the realization of nanosatellite launching from ISS mounted with the water propulsion engine. 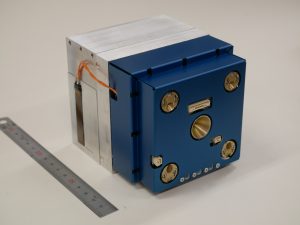 This time, they succeeded in the development of a nanosatellite engine and test satellite propelled by water, which can be stored at normal temperature and pressure, and is also safe, innocuous, and easy to treat. This will pave the way for its launch from the ISS. By mounting those engines to satellites that are emitted from the ISS, we can achieve prolonged life-span of nanosatellites and expect further applications of nanosatellites in various areas such as communication, broadcasting, positioning, earth observation, entertainment, and so on. 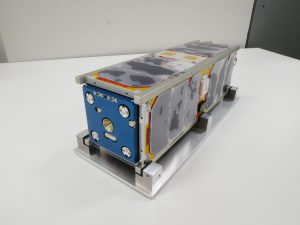