Bangalore Internship Experience
Posted by ae on 12-03-2019 in Blog, Others
0 Comments

Introduction
Hello, this is the river 﨑太 Ichiro Suzuki laboratory master’s degree two years. Usually, the laboratory uses Deep Learning to conduct research on shock wave position prediction corresponding to aircraft shape changes. This time, during the two months from August 2019 to the end of September, I participated in the SETI program and internship as a Data Scientist at mfine (a company providing online medical services) in Bangalore, India. In this article I would like to write about my internship experience and my trips during my stay.

SETI
SETI is an abbreviation of “ Student Entrepreneur Training & Internship Program ”. This is a program that started this year to give opportunities. This year, a total of six members were elected besides me, and each had an internship at a different company during the summer vacation. Opportunities to go to Europe, the United States, and China are frequent, but I don’t think there is any opportunity to go to India. Probably, it will be held next year or later, so if you are interested, please join us.
Bangalore is located in the center of the southern part of the Indian Peninsula, closer to the equator than Japan, but has an elevation of 920m (about the same as Karuizawa in Japan), so it maintains 20 ° C throughout the year, It is easy to spend inside. Called “India’s Silicon Valley”, it has branches of U.S. IT companies such as Google, Microsoft and IBM, as well as the headquarters of Indian unicorn companies such as Flipcart and Ola. 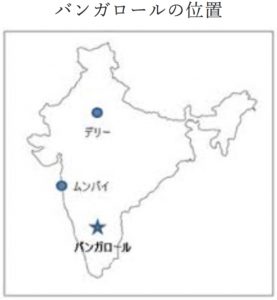 Business content
Mfine, where I stayed, is a company that provides medical diagnostic services. By using the mfine app, patients do not need to go to the hospital and can receive a doctor’s medical diagnosis while staying at home. India, which has a larger land area than Japan and has a large population, lacks the opportunity for medical diagnosis per person, and the efficiency of medical diagnosis is essential.
The company collects data on the affected area through daily medical diagnosis (a patient is sent a picture of the affected area and the doctor makes a diagnosis through the picture), and this data is used to create an automatic diagnosis system for the affected area I wanted to. I was involved in the creation of a sub-project of this project, the “Skin Disease Diagnosis System”.
Read past related papers, apply image processing + deep learning to implement, check if accuracy is obtained, and if not, repeat reading other papers, etc., and gradually increase accuracy went. In addition, my colleagues were very familiar with Computer Vision, so if I had any trouble I could immediately hear my opinion and it was a great study.
Skin diseases look the same to me as a medical layman, so when my system was able to diagnose properly, I was so amazed that I said, “You’re so awesome.” I told you.

life
During the stay, I stayed at the hotel (not luxurious, but about normal). Until the first week, I walked to work because my office was nearby, but from the second week I moved away from the office to a bigger place, so I was using Uber to commute. Was. I thought that “ commuting by taxi is like a student … ” and above all, there was resistance at first because if you use a taxi abroad you could be kidnapped or taken to the wrong place Uber was very cheap compared to Japanese taxis, only had to pay a fixed fee for online payment, and a commuting system between passengers and drivers was able to commute without problems . The hotel had Wi-Fi, but the signal was weak and almost non-functional. As a result, he had no choice but to go to the office early and lived in the office until late. In terms of food, the hotel did not have a kitchen, which was a problem, but I used it every day because the company had a cafeteria and provided breakfast and lunch to employees. In India, all meals were curry-centered, not exaggerated, and only spices worked, so it was hard for me to eat curry only in Japan. However, with the spirit of “enter the town and follow the town,” he and his colleagues drank delicious food while drinking plenty of water. In the evening, the hygiene situation was not good but I was curious and filled with cheap and delicious street food (fried rice etc.) in front of the office. I cooked it in a very thrilling way, such as grabbing raw vegetables with the hand that received the change and putting it in a frying pan, but I was able to enjoy the dishes without breaking my stomach. Even if you are hungry, there is no problem, so if you go to Bangalore, please try it. 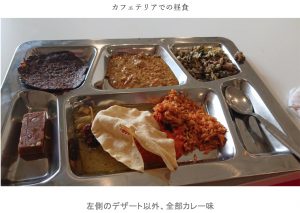 Interesting point
● Power failures often occur in Bangalore. When coding in the office, the area suddenly darkens, leaving only the computer screen with light, and recovers after a few minutes if it is long. I was surprised at something because I had never experienced a power outage, but my colleague next to me was working with a blank face.
During your short stay, relocate to a new and large office, and be selected as one of the best 9 in Lindein’s hottest Indian start-ups to work for in 2019 I was able to experience. From this experience, I was able to create something like a benchmark for a rapidly growing company, and it was a good experience.
● After work, it was customary to be invited by a colleague to play futsal on a nearby soccer court. So there is an employee who is talking loudly and loudly (so I called him “Yelling Man” on his own), and when he scored a goal he cheered so loudly became. Later, when he asked his colleague, “ He stands out with a big voice, what is he doing at this company? ” He said, “ Yes, I don’t know? He’s a founding member of the CBO (Chief Business Officer). ” I was surprised. Because I got along well, I was interested in “ How did you start up the company? ” Because I was asking about how to make a successful business for nearly one hour using a whiteboard for one intern student Taught me.
● My lab mainly focuses on CFD (Computational Fluid Dynamics), so not many people are familiar with deep learning and CV.I usually go to myself by myself, but mfine’s data science team has my own latest papers by myself There was a member who read and implemented, so I was able to spend meaningful time.
● There was no other Windows user. 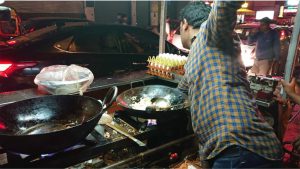